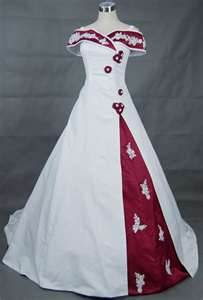 The following is an email that I sent to my girlfriends a few weeks ago. As of today, less than 2 months until my wedding day, I still do not have a wedding dress. Jesus wept.

Ladies, today was the first day when I honestly felt that I would not find a wedding gown. And when I say, "would not find a wedding gown", of course I don't mean that I'm going to be at the wedding in some jeans. I mean, a dress that I would actually want to wear would not be on my body. After looking off and on since January (or thereabouts) and devoting most of my summer to actively going from shop to shop, trying on dress after dress, I've gone to every place that I know to go. As you probably already know, about 6 weeks ago, I took to the internet and went hard in the paint. I've explored having the dress of my dreams made. None of these things have yielded any desirable results. And the whole time, I thought, "I don't care. I'm gonna get MY dress."

Today, for the first time, I felt completely defeated.

The thing is, there's this one Nicole Miller dress that I wanted more than that one Vera Wang White from a while ago, and even more than the first dress with the asymmetrical ruffled skirt that I tried on toward the beginning of this year... But I don't necessarily believe in "one dress for one bride". Similar to how I don't believe in one soul mate for one person. I know opinions (especially among women) vary on both of these subjects. And the soul mate thing is a whole other conversation for another time, but I'll just say that as a person that is decidedly more "head" than "heart", I believe that logically, math dictates that there can never be just ONE of any possible match. I could be happy in a number of dresses, I'm sure. I just have no clue as to where those dresses are.

At this point, I am about 97% sure that I'm going to end up in a dress that I don't care about, don't care to see, document, preserve, or think about when the wedding is over. Unless awesome dresses start raining down from the sky. This is sad, because though I was confident that I wasn't going to do the bridal cry when I found the dress that I wanted to wear, I at the very least wanted to like what I would have on. I guess life isn't fair.

All of that is to say, I suppose I'm still looking, 'cause, I can't wear jeans. I mean, I could. I probably should. But, anyway. Because I'm completely over looking for a dress, probably permanently underwhelmed, and just ready for this to be over, I'll probably be asking you for your opinion more than ever. Since my idea of what is attractive clearly isn't shared by bridal gown designers, manufacturers, retailers, and wearers, I have no idea of what "looks good" anymore. It's all ugly, white, and beaded, to me, so I'm just trying to find the least ugly of the bunch. I guess it's sort of like adopting a puppy.
Posted by Nikki Blak at 8:42 AM No comments: