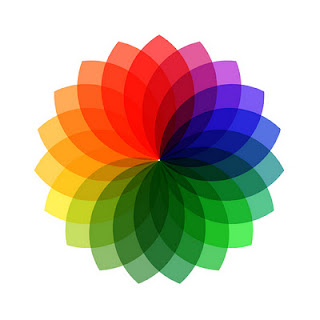 The fact that my fiance and I just cannot seem to pick out our wedding colors is just ridiculous to me. It may also seem ridiculous that I'm so determined to have the colors picked when we haven't been engaged a full 2 months yet and our wedding is actually over 13 months away. Listen. Let's get it poppin'. I need to know what the deal is. What is this situation gonna look like? I need to be able to envision our wedding day, at least a little bit... And the colors play a vital role.
We already know where in the world the wedding will be, though we don't have an exact location. We have a date. I need some colors. Our Save the Dates probably go out 'round about December or January and shortly after that, we're on to the actual invitations. I need to pick out dresses for my bridesmaids and maid of honor, flowers, everything. My Mama wants to know what she's gonna wear. I can't figure any of that out without colors.
We've talked, and talked, and talked... and talked about it. We've sat down and looked at colors. We've scoured the Internet. We've emailed each other. Still, no colors.
I have an idea of what I want to do... Sort of. But I'm scared it might be too strange. And then there's this epic list of all of the colors I don't want and/or don't like. Then there are all of these parameters that the color story needs to fit inside of (at least in my own neurotic mind). It's a tropical destination wedding in December. Season versus location. They sort of clash. So, I could do brights, but that doesn't make sense to me in fall. Arrrrgh!
Fiance thinks I'm over thinking. I probably am, but that's how I roll. I'm very driven by aesthetics, so if things don't look right, I will be miserable. These colors that we [desperately need to] decide on are more important than my dress. Yeah, I said it. Listen, I ain't worried about me. These colors could go terribly wrong, but I know I'm gonna be cute, regardless, so my fresh-to-def-ness is a no brainer. Boom. Colors, come on.
Posted by Nikki Blak at 8:59 AM 1 comment:

In a previous blog entry, I briefly mentioned that a girl stole my house key. Some of you may know a little bit about that if you follow me on Twitter or know me in real life. But, for those that don't, I figured I would give you the lowdown on this triflin' child's lowdown behavior, since it's the sort of outrageous shit that happens in my life on a fairly regular basis. In fact, these sort of occurrences are the precise reason that I started blogging in the first place. I am both tickled and troubled by the fact that I seem to be some kind of foolishness magnet. [insert deep sigh here]
I also thought it would be a good time to properly introduce you to the phrase "Don't Do It Like That". This particular figure of speech was invented by my sister (and Maid of Honor) Ebony Janice and introduced to me by my brother, Chas. It's basically a derivative of the term "Aw Hell Naw"... but slightly more sophisticated and definitely more instructional. Whereas "Aw Hell Naw" is a reprimand, "Don't Do It Like That" is informative. When someone says it, they're basically saying, "Help me help you to help me help you... To not be a dumbass."
So, this summer, I had a spare bedroom, no job, and plans to be gone from my apartment for a few weeks, due to travel and cupcaking. Enter, Ashley Catharine McGinty. By some miracle (or perhaps by voodoo), she ended up being a member of the slam team that I was coaching and I sort of knew her from seeing her around in the poetry community. At the time, she was a pretty good friend of one of my besties (though, at this point, she's destroyed that relationship, once again, due to her persistent ratchetness) and she was looking to transition from her parents' house into her own place. The spare room I had was only going to be available for two months and would need to be vacated by August 31st. We agreed that she would pay half of the rent for two months (no utilities, cable television, or internet, though she would have full access to all of them) and keep it moving once September arrived. I won't get into the ridiculous immaturity that she frequented while she was at my house during the two months we agreed upon. I'll just say that I was ready for her to be gone before we were even into the second month.
When it was time for her to go, I was gone from my apartment and sent her a text asking for my house key. The following is the correspondence between Ashley McGinty and I, leading up to and after September 1st:
AUGUST 31, 2011 10:21pm
ME: If you haven't already left the apartment, u can go ahead and drop the key in the mail slot aftr u've locked up. Thanx so much.
SEPTEMBER 1, 2011 1:39pm
ASHLEY MCGINTY: Will you need it before Monday? I don't know that I'll be able to get it over there before that. Everythings been cleared out, I'll give you the key at bk if that's alright?
4:50pm
ME: I'm not clear on why u didn't leave it. If u cld mail it, that wld be great.
5:17pm
ASHLEY MCGINTY: Ok I didn't know if you'd be comfortable with it in the mailbox- but that's fine I'll mail it.
SEPTEMBER 6, 2011 5:03pm
ME: I didn't get my key in the mail today. Whn did you send it?
SEPTEMBER 7, 2011 5:03pm
ME: WHERE is my key??? This is 100% ridiculous. I need my property by tomorrow. Thanks.
ASHLEY MCGINTY: I put it in the mail I'm sorry if it's not there I don't know what to tell you.
ME: And whn did u mail it? Cause I definitely shldve had it by now.
ASHLEY MCGINTY: I sent it yesterday morning
SEPTEMBER 7, 2011 5:16pm
ME: WOW. Not Thursday whn I asked u to, after u didn't leave it whn u left? OK. I see. This is absurd. Ummmm, let's hope it shows up tomorrow.
Then I called her. She didn't answer so I left her a really great voice mail message in which I gave her the business. First of all, who holds onto a key that would give them access to property that they've vacated after their time on the premises is up and they've removed all of their belongings? Why wouldn't you leave the key? If you didn't know what to do with the key, why wouldn't you contact the person that it belonged to and ask them what they wanted you to do with it? [I'm so confused! Insert Ricky Bobby Hands here] Second, if I ask you to mail it, why would you take DAYS to do so, and then, apparently stick it in a regular envelope, slap a stamp on it and put it in a mail box? A key is something that someone of average intelligence would think to put in a padded envelope, take to the post office, and mail WITH TRACKING. THEN, when the shit hits the fan because YOU didn't handle YOUR business, you cop an attitude with me??? 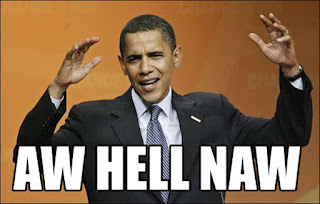 I then sent her the following email:
from Nikki Blak
to Ashley McGinty
date Fri, Sep 9, 2011 at 3:37pm
subject: Unreturned House Key
The fact that I still don't have my key (well over a week after requesting it) is just ridiculous. I'm completely confused as to why you would keep a key to a location that you have removed your property from, after you no longer have a right to access the property. I'm also confused as to why, when I requested the key, you chose not to return it to the property and deposit it in the mailbox as instructed and why, after being asked to mail it, you did not do so, but kept the key for several days following.
At this point, I have no way of knowing if you did infact mail the key. However, I do know that considering the fact that it is Friday the 9th and I don't have it, and you claim to have sent it on the 6th, there is a possibility that I may never see my key again. With that said, I'm looking at changing my locks, which you will be responsible for covering the cost of (though, judging from the way in which you have and currently handle your "responsibilities", I will have to eat that cost). After the past 2 months of a great exercise in patience and kindness on my part in response to your constant irresponsible/inconsderate behavior concerning my apartment, this has taken me to the level of "pissed off", just to be clear.
If you still have the key in your posession, kindly return it to me. If I have not recieved my key in person, via delivery, or with the aid of magic, in a reasonable amount of time, you can anticipate a bill from me detailing the cost of new locks and keys for my apartment. If you chose to ignore my requests, it will only further reveal your character.
-Nikki
There was no response. Then, I went ham on twitter.
SEPTEMBER 16, 2011 11:53pm
ASHLEY MCGINTY: I was at work and unable to answer your phone call which doesn't warrant your ugly rant via twitter. After hearing from various sources that you'd like to "put your hands" on me, what in the world makes you think that I'd be open to a face to face conversation with you? I offered to deliver the key in person, you preferred it via mail. It was sent Tuesday morning sept. 6th And I did not sign a contract, therefore I have no responsibility to pay for the changing of the locks.
ME: U didn't sign a contract, however, by taking a key from me (and not simply leaving it, which wld be logical), u created an obligation upon urself to return it. Honey please on the "ugly rant". And I'm not requesting a face to face convo, as I've never been interested in chatting w/ u abt anything at all ever in life. But until I have my key (or new locks from u) we do indeed have business, sugar. I'll see you around.
Ladies and gentlemens... There are many ways to do it. Ashley McGinty's way is not one. Not only did she not take proper steps to make sure that my house key was returned to me, but she's attitudinal and unapologetic about the fact that I don't have my property due to her own irresponsibility, refuses to make it right, and then wants to act like she's the victim in this whole situation. So, now I have to take her on Judge Judy to teach her a lesson.
Though, what I really want to do is act like this.
But I was raised right. So, I'mma be a lady. For now.
Posted by Nikki Blak at 2:03 PM 1 comment: