Back in the very end of the old year (also known as 2010, also more specifically known as December) the amazing poet/painter/storyteller/photographer, Jaha Zainabu asked me if I would be a part of her poetry reading, Red Stories. I turned into a super nova, imploded, and then became a black hole. That meant, "Yes, please, and thank you," which I'm really glad she understood.
A short time after that, Kevin Sandbloom was also asked to be a part of the night, and momentarily, I ceased to exist. When I returned to... existing, I felt nothing but gratitude and elation. Jaha is a force and Kevin has the best vibrato west of the Mississippi. And I get to be 1/3 of this trifecta of kick-ass. Please, don't be jealous.
Since that time, I've been recovering from my physical state of black hole-ness, regaining my ability to speak so I can do my poems ('cause you know black holes can't talk), and generally looking forward to being a part of Red Stories. Thanks to the swift passage of time, I don't have to look forward for too much longer. Red Stories is less than a week away! This is the part where you get excited, too. Here are the details so that you can join us for what promises to be a fun, moving, memorable night of poetry and music:
Jaha Zainabu Presents RED STORIES
featuring Kevin Sandbloom and Nikki Blak
Saturday, January 29 · 6:00pm - 8:30pm
3351 W. 43rd St., Los Angeles, CA 90008
$20 ($30 for couples... isn't that clever?) 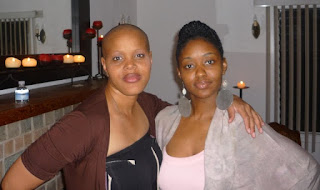 Posted by Nikki Blak at 9:34 AM No comments:

Labels: Boom, In Real Life, Jaha Zainabu, Kevin Sandbloom, Nikki Blak, Ooooooh and I Like It, Poetry, Red Stories, Where I Be 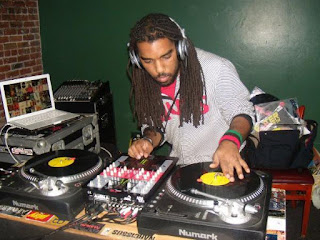 This is DJ Jedi. He is my friend. He's also a helluva DJ and musical connoisseur. He has a podcast and creates amazing mixes, which you can find here. They're all the hellified shit, but the one that I recommend most and am currently obsessed with is his COVERS mix. If you have musical taste that delves deeper than Nicki Minaj and Katy Perry, you could quite possibly fall in lust with it, just as I have. It is gorgeous, and I thank Jedi for once again working hard for the muthafuckin' money. You better treat him right.
Posted by Nikki Blak at 6:19 PM 3 comments:

Labels: DJ Jedi, Get Into This, Get Your Life Together, Mixes, Music, Slept On

The Way It Is 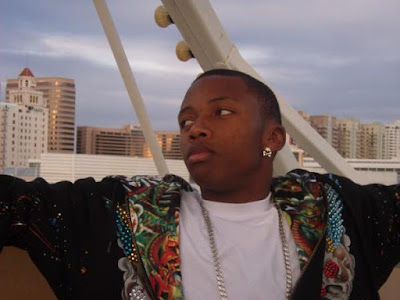 All I have for you is a half-hearted apology, and that's about it. I'm sorry. On June 6th, my only nephew, my sister's only son, my mother's only grandson was murdered. He was 19, had not yet lived, and so we all -- my sister, mother, nieces, his father, paternal grandmother, other aunts, and cousins and friends died, too. There wasn't much to care about, and the blog was the first to go. So... Sorry.
If I could have stopped going to work, I would've. If I could've stopped caring for Naomi, I probably would have. If I could have just stopped showing up for all of my other obligations -- Slam Team, poetry venue, showering, eating, breathing, I would have. And yet, these were the things that kept me propped up and prevented me from going completely insane, along with an outpour of love, support, and concern from friends.
His 20th birthday has since passed. LAPD has not even made an arrest in the case. Christopher Lee Johnson's blood still stains the concrete, blackened by grime, unrecognizable as blood by passerby. And here we are. I think about him everyday. He's the first thing. That was my baby, too. My friend. My video game partner. I was there that one time he got in serious trouble with a group of boys at school for fighting and I told him not to be no snitch. He lived with us, in our house for years and would always eat up all the food and forget to turn the shower off right. My mother and I fussed at him sooooo much! But he was sweet. That was my child. I adore that boy.
I had a dream about him probably 1 month after he was killed. In the dream, I just couldn't believe he was there, and all I could do was hug him. I would pull away, look at his face, and then hug him again. I miss him.
This wasn't supposed to be that blog entry, though.
I knew I needed to come back, I just didn't know when or how. Looks like today is the day. I am not a complete wreck. I feel alright most of the time, and life does go on, as they say. So, here we are. I missed you. I've had so many things I wanted to tell you. So much fuckery I haven't shared! I'm turning 30 this year, putting together another Slam Team with Judy Holiday, and of course, still making a general nuisance of myself in the lives of everybody that I think are stupid. So, we have some good times ahead. I promise. Soooo... Lehgo.
Posted by Nikki Blak at 6:03 PM No comments: