I SHOULDA HAD AN ABORTION: Tha Year in Review 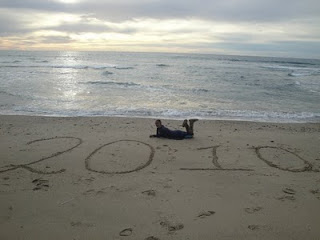 And apparently, that's exactly what I been doin', cause here we are, a week into tha year, and I'm just now doin' a blog entry. Shameful, really, but whatever. I got a life, people! And furthermore, you gotta understand that I gotta take time out between entries to replenish my reservoir of foolishness. That's how you get tha very best fuckery from me... but I digress... 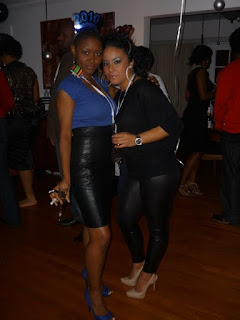 Despite some tragedies and scandals, I guess tha past year wasn't really bad at all, especially on a personal tip. I kept myself a job, wrote some poems n' thangs, continued to Boom on these hoes (while simultaneously stunting. That shit ain't easy!), and generally lived my life like it was golden. Highlights of tha year included my friend Tamara's wedding, celebrating Naomi's 10th Birthday at tha Mos Def and Erykah Badu show on Labor Day Weekend, and in October, marking tha one year anniversary of my marriage to my apartment.

So, this is like tha best story about my husband -- I mean, my apartment... It was Halloween of 2008. I had been in my place for all of 31 days and my brother, Chas was here. I have a front and a back door and of course, my back door is in my kitchen (well, not really "of course"... I mean, I guess it could be somewhere else... but traditionally, that's where back doors are.) My desk and computer and whole work station area is also in my kitchen, so inevitably, that's where I spend most of my time. We had been having a bit of a heat wave (or is that really just normal for L.A in October? *confused face*), so all of tha windows and my back door was open and Chas and I were sitting in tha kitchen talking and then, all of a sudden, we hear this woman GOING OFF.

She was sobbing and yelling and just actin' an all around fool. I imagine she prolly rolled around on tha floor at some point, that's how much she was cuttin' up. Well, apparently, she was "arguing" with her man (I put that in quotation marks, cause really it takes two people to argue and we never heard him say anything). She was like, "YOU DON'T LOVE MEEEEEEEEE!!!! YOU NEVER LOVED ME!!!" and of course, Chas and I, bein' tha maniacs that we are, turned down tha music and went over to tha window and back door so we could really hear all tha juicy mess. So, she's goin' on and on and on, just actin a muthafuckin' fool, and then she was like, "I SHOULDA HAD AN ABORTIOOOOOOOON! I SHOULDA HAD AN ABORTIOOOOOON! [insert inaudible sobs here]"

Chas and I looked at each other like "OH SHIT!"

Forreal, lady? Is that whut you shoulda done? Wow.

I certainly hope tha child she "should've aborted" was a little baby and didn't know what was goin' on and not like 17 in tha other room on tha PS3, like "Whut tha fuck???"

So, now that's our inside joke. When some shit don't go tha way we want it to or we're just generally unhappy, we throw our heads back like tha characters in Charlie Brown, fake sob, and shout, "I SHOULDA HAD AN ABORTION!" It's fun for tha whole family. 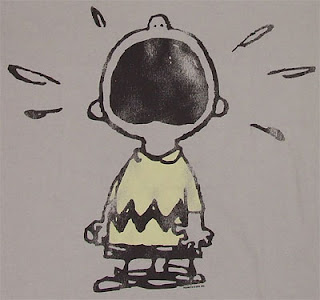 That story had absolutely nothing to do with tha New Year or anything else for that matter... I just felt like sharing.
Posted by Nikki Blak at 8:48 PM 3 comments:

Labels: Doing tha Most, Funny to Me, Get Your Life Together, Inglewood, Jesus be a Fence All Around Me, Nikki Blak, random acts of foolishness, Ridiculous Mess, Take Me Now Lord, Where I Be
Newer Posts Older Posts Home
Subscribe to: Posts (Atom)